How Olivine could Help Coal Mining! Mineral from the deep earth 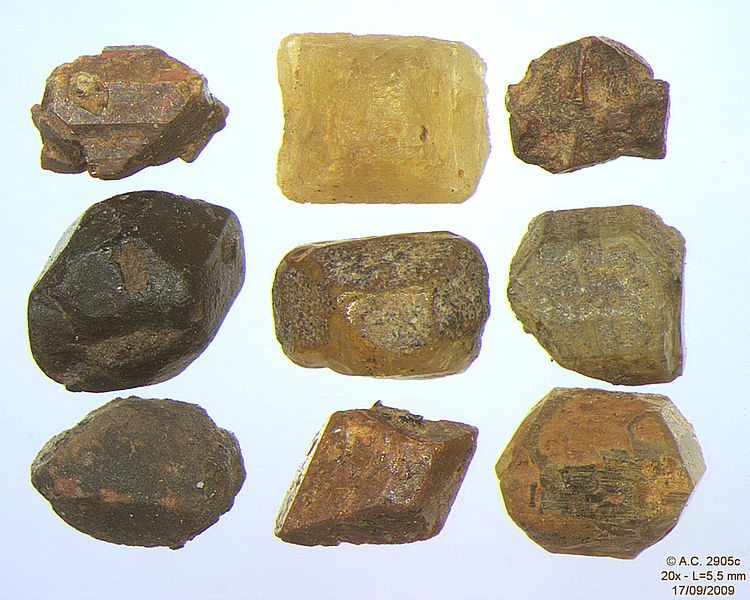 The mineral olivine (when gem-quality also called peridot) is a magnesium iron silicate with the formula (Mg,Fe)2SiO4. Olivine is the earliest mineral to form from a cooling magma.

Everyone is looking for cheap processes to sequester CO2 by mineral reactions. Removal by reactions with olivine could be an attractive option, because it is widely available and reacts easily with the (acid) CO2 from the atmosphere. When olivine is crushed, it weathers completely within a few years, depending on the grain size. All the CO2 that is produced by burning 1 liter of oil can be sequestered by less than 1 liter of olivine. The reaction is exothermic but slow. In order to recover the heat produced by the reaction to produce electricity, a large volume of olivine must be thermally well isolated. The end-products of the reaction are silicon dioxide, magnesium carbonate and small amounts of iron oxide.

Coal Industry produces considerable amount of CO2. Carbon sequestration using olivine could be one way to prevent the free emission of greenhouses gases.

Lets look at some of the properties of Olivine. 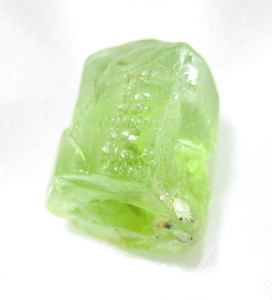 It is a common mineral in the Earth’s subsurface but weathers quickly on the surface.

The ratio of magnesium and iron varies between the two endmembers of the solid solution series: forsterite (Mg-endmember) and fayalite (Fe-endmember).

The melting temperature varies smoothly between the two endmembers, as do other properties. Olivine incorporates only minor amounts of elements other than oxygen, silicon, magnesium and iron. Manganese and nickel commonly are the additional elements present in highest concentrations.

Olivine is named for its typically olive-green color (thought to be a result of traces of nickel), though it may alter to a reddish color from the oxidation of iron. 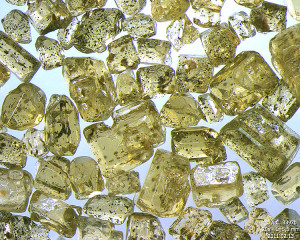 Olivine/peridot occurs in both mafic and ultramafic igneous rocks and as a primary mineral in certain metamorphic rocks.
Olivine and high pressure structural variants constitute over 50% of the Earth’s upper mantle, and olivine is one of the Earth’s most common minerals by volume.

How to form Olivine from Sedimentary rocks?
The metamorphism of impure dolomite or other sedimentary rocks with high magnesium and low silica content also produces Mg-rich olivine, or forsterite. 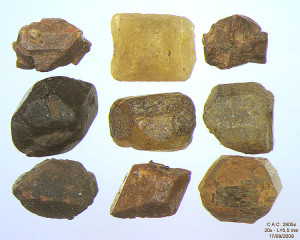 Fe-rich olivine is relatively much less common, but it occurs in igneous rocks in small amounts in rare granites and rhyolites.
Mg-rich olivine has also been discovered in meteorites, on Mars and on the Moon. 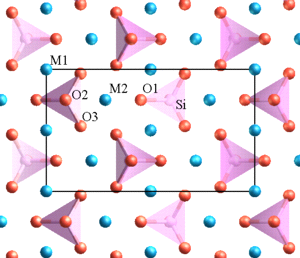 The atomic scale structure of olivine looking along the a axis. Oxygen is shown in red, silicon in pink, and magnesium/iron in blue. A projection of the unit cell is shown by the black rectangle.

Minerals in the olivine group crystallize in the orthorhombic system (space group Pbnm) with isolated silicate tetrahedra, meaning that olivine is a nesosilicate. In an alternative view, the atomic structure can be described as a hexagonal, close-packed array of oxygen ions with half of the octahedral sites occupied with magnesium or iron ions and one-eighth of the tetrahedral sites occupied by silicon ions.

Olivine is named for its typically olive-green color (thought to be a result of traces of nickel), though it may alter to a reddish color from the oxidation of iron.